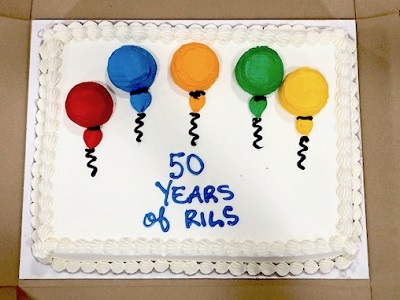 2019 marked a very special milestone here at RILS – we turned fifty years old! And there was no better time to throw a party to celebrate.

Our residents were joined by family, staff, volunteers and board members who have supported RILS across the years. A huge thank you to everyone who was able to come out and celebrate this milestone with us. Our board team and volunteer coordinator, Madison, worked to put together a timeline of major events over the past years with photos and stories shared by all. The evening was filled with food, fun, a quiz and topped off by Elvis singing and dancing on the tables!

Thank you to everyone who joined us; we appreciate your care, love and appreciation for what we do here at RILS. 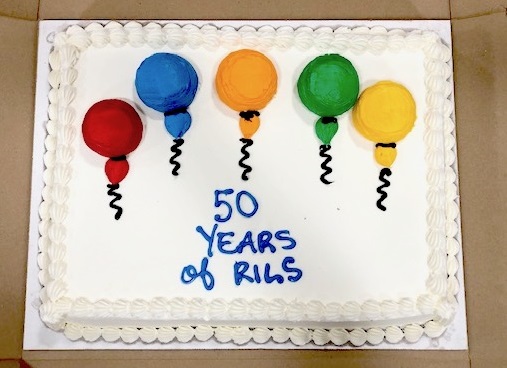 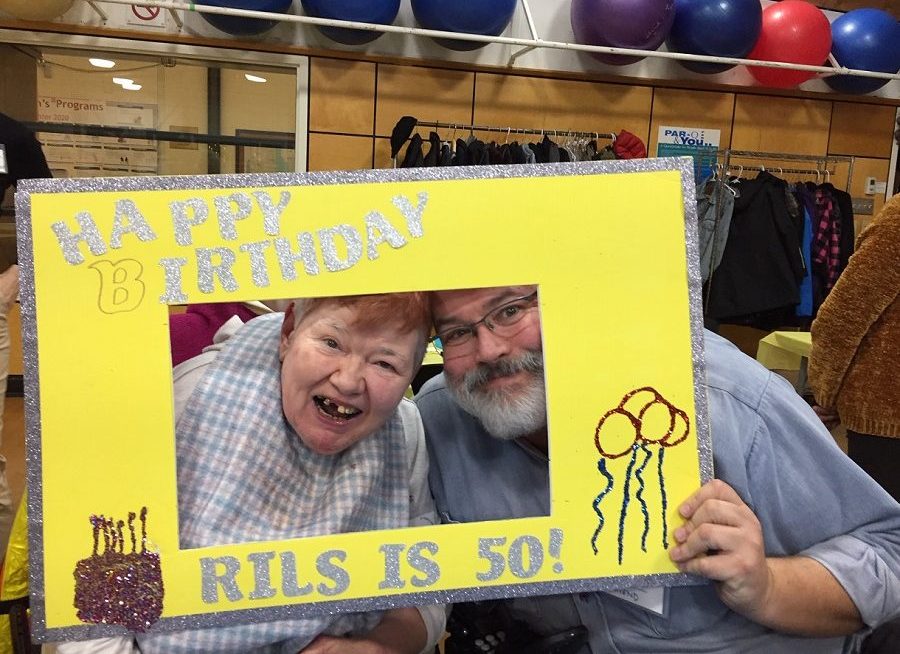 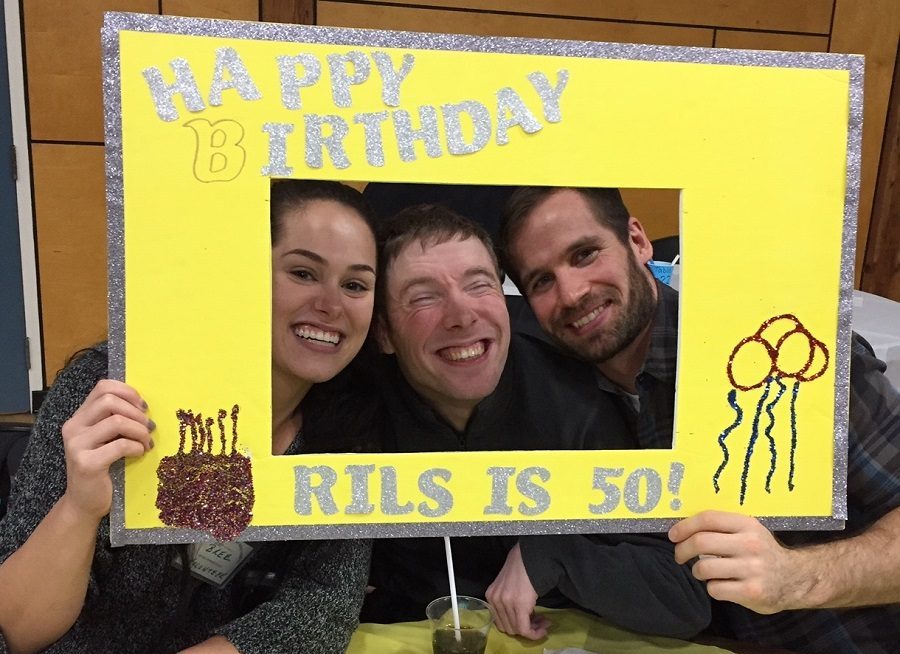 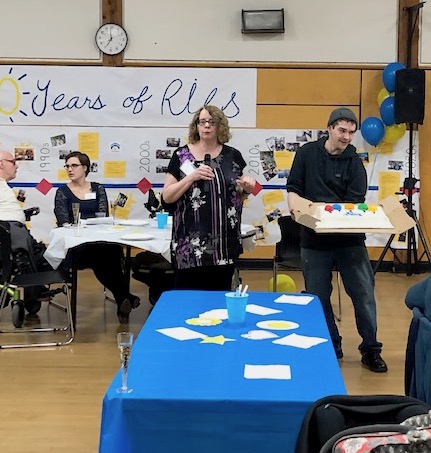 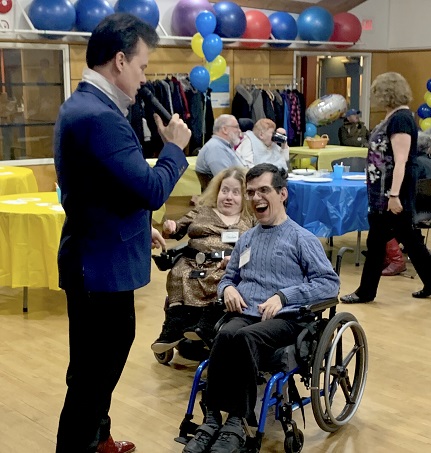 Our Thanks to Board Members and Supporters – From the 1980s and Still Going Strong!

Rick Hansen inspired us all with his Man in Motion World Tour in 1985. His dream was to create an accessible world, and find a cure for spinal cord injury.

The Vancouver Sun Run began in 1985 when Rick started wheeling, and opened the Run to people with disabilities about the same time Rick as returned to Vancouver, in 1987.

Some of our RILS tenants participated in the early years, and are still in the Race, these years later.  We are proud of you, Sun Runners!  You have great tenacity!

Sue and Jon Hall both served many years on the Board of Directors. Sue was secretary as well as undertaking leadership of the annual golf tournament, our prime fund-raiser for RILS.

Bill Crockett has been the Board’s treasurer for years, as well as working on the golf tournament. He still works many hours in an “unofficial” capacity, for which we are very grateful.

Our thanks to both the Fumano Family and the McCrae Family, for their dedication to RILS.

Thank you, Kathleen Mason, for your 25 years of watching over RILS as Executive Director.

The Residence for Independent Living (Steveston) was completed in 2000, home to ten tenants.

Our thanks to the 1998 Steveston Planning Committee:

Thanks to Andrew Vallance, and his talent in organizing and participating in Comedy Night Charities for RILS.

Many thanks for your generosity, Andrew!

Thank you for your leadership through all the changes, Heidi!

Our thanks to B.C. Building Science and affiliated companies!

Special thanks also, to Geoff and Michelle of CWDI for years of professional help at our facilities.

…and special RILS advocates, Al Logan and Bryan Stewart.  Our thanks to you!

Two people are presently going through the process of joining the Board of Directors.  We welcome Liam Friesen and Bryan Stewart.

Thanks to all staff – past and present, who have worked so hard to make RILS the kind of place that can truly be called “home”.

Many of you have worked ten, twenty, even thirty years, and we thank you for your commitment.

To each and every member of RILS Steveston and False Creek staff, know you are so greatly appreciated.